Debbie @ Debbiedoo’s is hosting a Share Your Pet Party and  I’m joining in with Our Furry Family Members.

Eleven years ago, my daughter Lauren, talked me into getting a Jack Russell puppy.  I had never really wanted to have a pet, especially in  the house.  But when Lauren brought Duncan home, little did I know he was there to stay not only in my house but also in my heart.  He was a frisky puppy and was that way up until a couple of years ago. 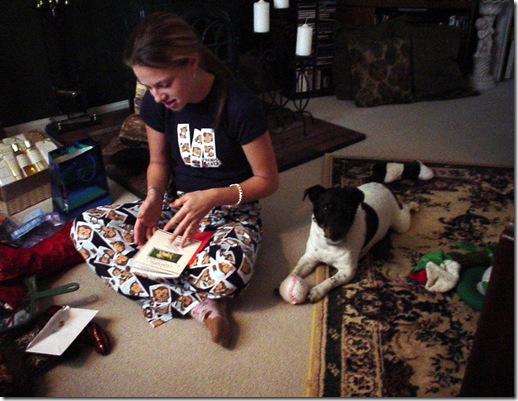 When Duncan was about three years old, we adopted two cats,  Lilly and Thunder. 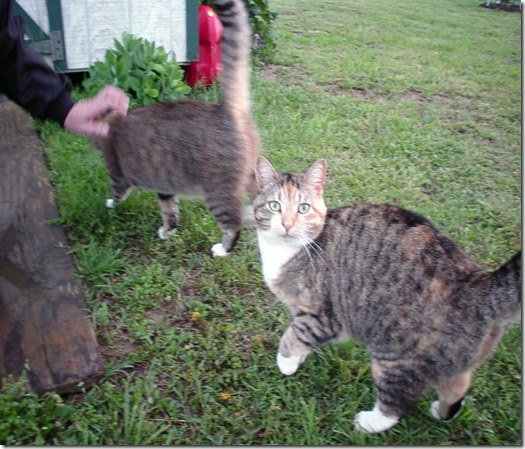 It was a good thing that the cats had already been living outside because when they met Duncan, it was like oil and water.  The first few years together, Duncan would chase the cats around the yard.  Finally, either age caught up with Duncan or he had just gotten tired of chasing the cats.  I can’t say that they are best friends, but they act more like distant neighbors.    During the last couple of winters, Lilly and Thunder have spent their nights in our garage to get out from the cold.

I have to say that all our little furry friends love to be around people and they love to cuddle. 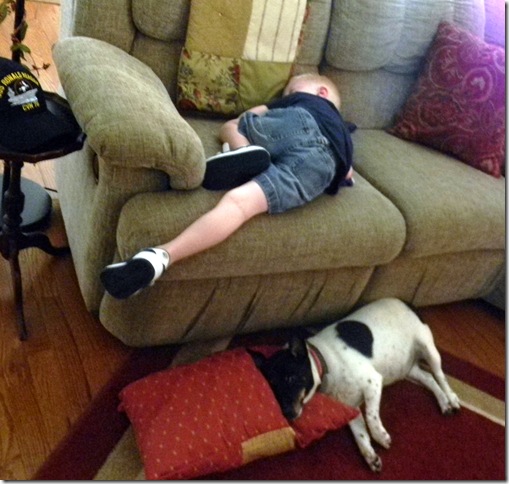 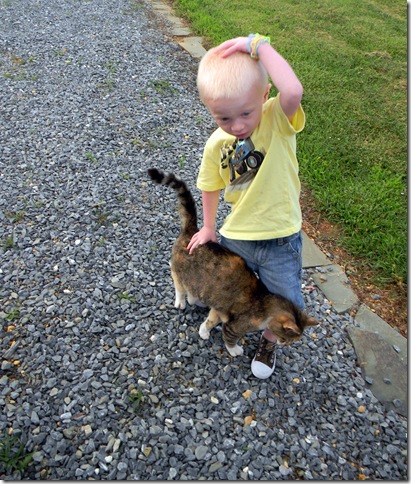 This past fall, Duncan was diagnosed with Diabetes.    After many trips to the Vet and experimenting with his insulin shots, he seems to be doing better now.   Since September he has lost 13 pounds and has adjusted to eating diet dog food. 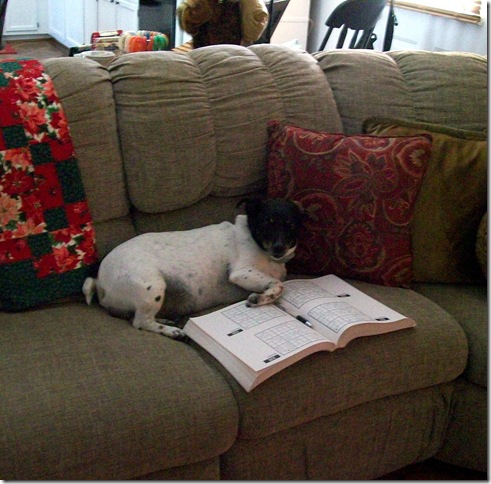 Our carrying for our pets has changed over the years, but our love for them has only deepened.

Thanks Debbie for hosting.

I love comments. Thanks for stopping by and leaving one.

Gail
Welcome to my blog! This is a place where I share my love of all things DIY. You'll find me decorating, painting, sewing, crafting and woodworking. Enjoy and thanks for stopping by.