Whew…..what a week it has been!  I have been so busy this whole week working on  projects for my booth.  This past weekend, I believe people had Spring fever because things were moving out of my booth.  I sold quite a few things including the potting bench that I just placed in my booth (which you can read about here).   With the potting bench and other things selling, it left my booth looking rather sparse.   So, Charlie and I went to Lowe’s and bought lumber and fencing to make a potting bench to replace the one that sold.   And this is what we came up with. 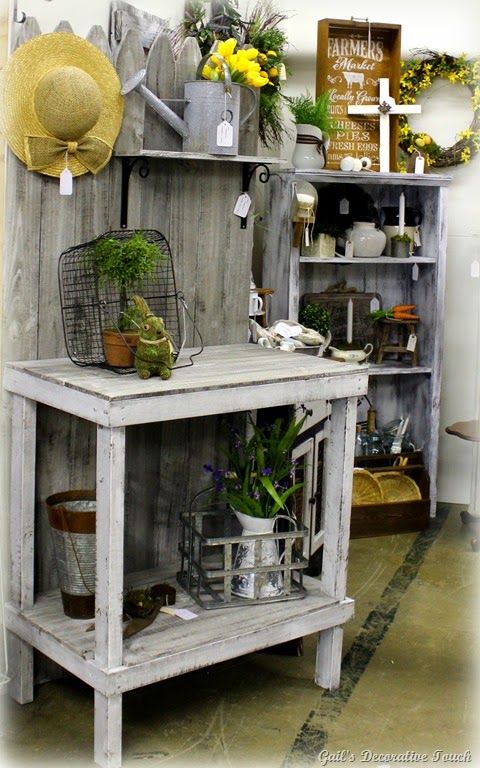 On the day that we started making the potting bench, I tried to take pictures but they did not turn out very well.  It was cloudy which makes it very dark in the garage.   But I can tell you what materials we used to make the potting bench.  We built the frame with 1x3’s and the legs were 2x3’s. 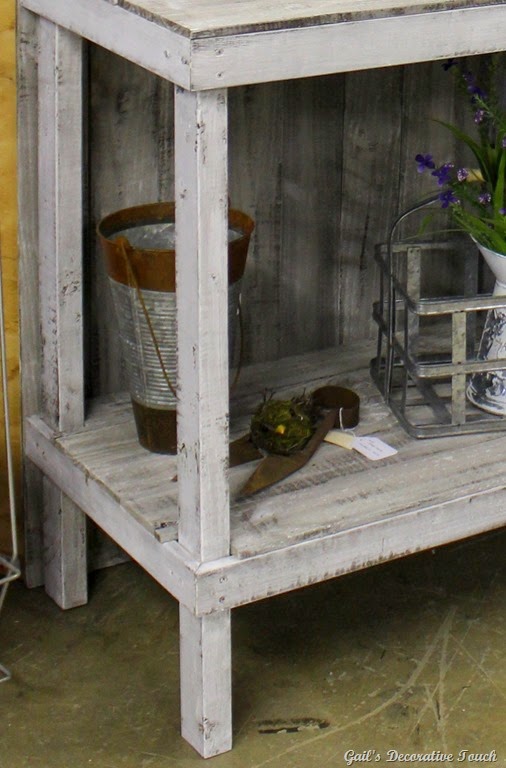 For the back of the potting bench we used 6’ cedar fence boards.   We also used it for the top and bottom shelf.  To assemble it, we used glue, the nail air gun and screws. 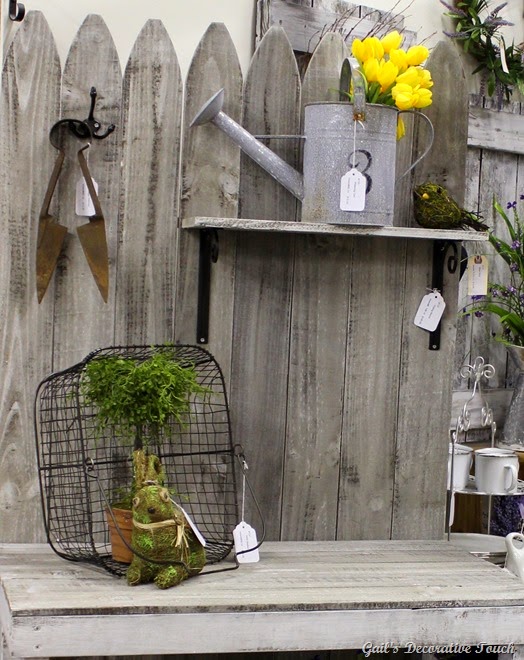 I wanted the potting bench to look weathered so I first stained it with Minwax in Dark Walnut.  After the stain dried, I dry brushed a watered down white flat paint on it. 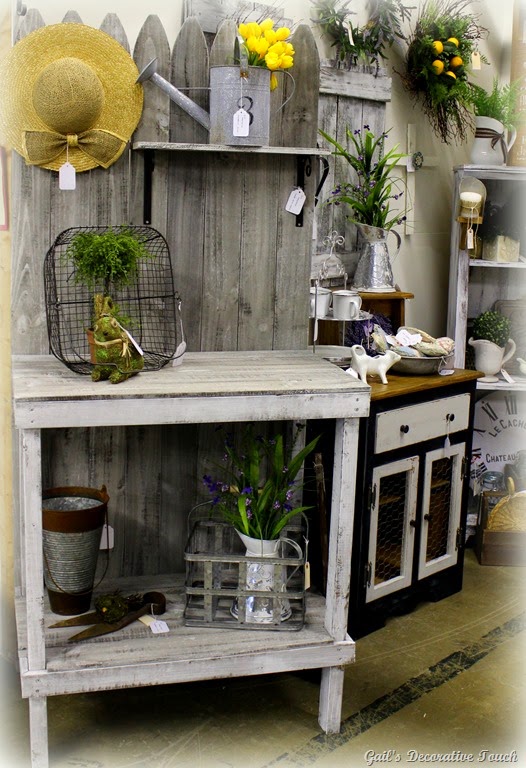 I think I achieved the look I was going for and I also think that Charlie and I didn’t do too bad for our first experience on making a potting bench!

Now lets see how long this potting bench lasts in my booth!

As always, thanks for stopping by and I hope you all have a wonderful weekend.  We’re suppose to have gorgeous weather here this weekend….HOORAY!

I love comments. Thanks for stopping by and leaving one.

Gail
Welcome to my blog! This is a place where I share my love of all things DIY. You'll find me decorating, painting, sewing, crafting and woodworking. Enjoy and thanks for stopping by.